When it comes to bushcraft and wilderness survival, everyone has their own opinion on what the most important tools are. While there may be universal agreement on some things, like well built belt knives, there’s disagreement on just about everything else.

When David Canterbury posted his video in 2014 titled Five Tool Rule, even he had a hard time narrowing it down to the best items to carry with you at all times.

Today, we’ve decided to break down the Five Tool Rule, and closely examine the importance and usage of each.

What is the Five Tool Rule?

The Five Tool Rule is a phrase coined by David Canterbury, a bushcraft and survival guru, in a short video posted to his Youtube channel. The three letter phrase refers to the essential five tools that you could stake your life on if you were in nature, and had nothing else.

Even though Canterbury listed off his five favorite survival tools, as the video progresses, he makes an important statement. There is no definitive list of five tools, it largely depends on preference, and more importantly, your environment.

For example, while he lists an axe as one of his essential tools, he later claims that it can be replaced by a machete if you’re in the swamplands or rainforest.

In reality, Canterbury is right. There’s no definitive list of tools that everyone should carry with them. Everyone has their own preference. Even moreso, every scenario will require different survival tactics.

Breaking Down the Five Tools

Rather than focusing on individual tools, our list is going to take things a step further. Based on Canterbury’s video, we’re going to break down your basic survival needs, and the tools that best help you do so.

So, without further ado, let’s jump right into it.

If you ask most bushcraft and survival experts the single most important tool in their inventory is their knife. Let’s be clear, we’re not talking about a folding pocket knife that you can pick up at your local convenience store. We’re talking about a legitimate survival knife that won’t let you down.

The ideal bushcraft or survival knife should have the following qualities:

Your knife is more than just a tool for cutting. It’s used for protection, carving, starting fires, and so much more. A knife designed to the specifications listed above is crucial to survival because it holds up better over time, and will allow you to perform required tasks with ease and efficiency.

Twigs and small branches definitely play their part in wilderness survival. But at the end of the day, you’re going to need some heavy duty wood to build shelter, fire, and carve out essential containers and tools. For that, you’ll need something for chopping.

For chopping trees and larger pieces of wood, the axe is a favorite of most bushcrafters and survivalists. But again, it really depends on the environment you’re in.

While an axe may be a popular survival tool, a machete also makes for a great choice. In fact, machetes are becoming increasingly popular due to their lightweight and multi-use features, such as a saw on the opposing side of the blade. Allowing you to reduce the total number of tools you carry along with you.

When you’re out in the wild, a good saw will always come in handy. They have so many uses and benefits, that we completely agree that it should be included in the Five Tool Rule.

The type of saw you bring with you really comes down to your preference. Most opt for a bow saw or a wood frame saw. Although, you can get away with bringing just the blade, and fashioning your own handle from natural materials.

It may seem redundant to bring a knife, axe, and saw, but each blade is unique in design and use. For example, a saw is perfect for getting those precision straight cuts, reaching branches that are out of reach, and cutting larger pieces of wood in confined spaces.

Carving wood is probably the most enjoyable skill that you’ll master when getting into bushcraft or survivalism. It’s not only relaxing and rewarding, but a calming activity that you can use to help pass the time when you’re out on your own.

Carving is often mistaken for a leisurely activity, but it’s actually a pretty important part of survival. Which is why Canterbury added it to his list of essential tools.

Not sure what a small carving tool is? Think of a hook knife or Swiss Army Knife. A tool that is durable, yet compact and light, which is perfect for carving necessities. A tool that could be used to create other tools, like bowls and spoons.

In the now infamous video, Canterbury mentions one last item that you should bring with you on your wilderness adventures. He originally holds up a crooked awl, which is a double sided tool with a different sized taper on each end.

The awl isn’t as well-known as the other tools on this list, but it definitely has its advantages. By carrying an awl, you’ll have the ability to drill, or puncture anything from leather to wood.

If you don’t have access to a curved awl, you can find more traditional awls, or create your own. Although, the majority of multi-use tools will come with an awl of some sort, which can make your life a lot easier.

That just about does it for David Canterbury’s Five Tool Rule. The idea behind the original video was to give you insight into the most important tools that you should always carry with you. Tools that will help you survive in any situation, or any environment.

However, we can’t stress enough that this list should serve as a general guide, and not be taken as gospel. Every person and environment will have different tools that will serve a better purpose. Which also means that your five essential tools may be different depending on the trip you take.

We recommend finding what you’re comfortable with, and research the area you’re planning a trip to. That should give you the best insight into what tools you should bring along.

As an outdoor enthusiast, I was drawn to bushcraft at a young age. I constantly find myself trying to learn and improve on my survival skills, and enjoy writing about everything I discover to help pass along to others. 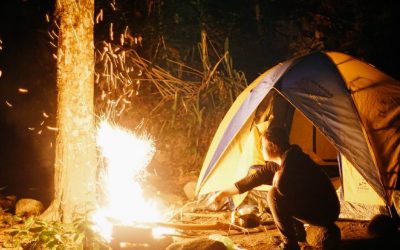 The elements aren’t always the most cooperative when you're setting up camp. Wet and windy conditions prove to be especially unforgiving to the most vulnerable staple of any campsite, fire. Which is why you’ll likely need to take some extra steps to keep your flames... 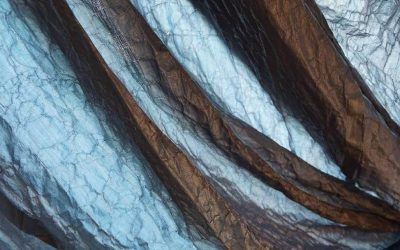 DIY Tarp Canopy – How to Make Your Own Outdoor Canopy

For anyone who spends a lot of time outdoors, you know the discomfort the elements can cause. There is a solution and an easy one at that. Read on and discover how constructing a DIY tarp canopy can improve your time outside quickly and effectively. DIY Tarp Canopy...

At Bushcraft Wild, our goal is to help people learn the necessary skills to reconnect with nature. From basic survival skills to recreational camping, we’re confident you’ll find a way to spend more time in the great outdoors.

Bushcraft Wild participates in programs designed to provide means for sites to earn advertising fess by linking out to other sites and products. We are compensated for referring traffic and business to these sites and companies.